This article provides an overview of the Lao People’s Democratic Republic for those keen on exploring the possibility of living and working there. The information presented is gathered from open sources and is not exhaustive or meant to supplement or substitute legal and professional advice.

Lao People’s Democratic Republic (PDR) is a landlocked, mountainous country that is widely covered with tropical rainforests. It is bordered by China and Myanmar to the north, Cambodia to the south, Vietnam to the east and Thailand to the west. Overall, the country extends about 650 miles (1,050 km) from northwest to southeast.8

Lao PDR’s economy was set to grow by 6.9 percent in 2019.9 Growth was driven by the expansion of infrastructure-related construction activities, electricity exports, and growth in wholesale and retail trade.10 The country hopes to make hydropower the largest source of state revenue by 2025 and thus become the “battery of Southeast Asia”.11 If the expected construction of the first high-speed 414 km rail line between Kunming, southern China and Vientiane, the capital city of Lao PDR, as part of the Kunming-Singapore railway is realised in 2022, it will be the “leap towards full connectivity with the region.”12

Bilateral trade between Singapore and Lao PDR amounted to US$51 million in 2016 while Singapore had invested US$284 million in Lao PDR. To further strengthen economic ties between Lao PDR and Singapore, the Singapore Chinese Chamber of Commerce and Industry (SCCCI) signed a memorandum of understanding (MOU) with the Lao National Chamber of Commerce and Industry on 1 May 2017. The MOU sought to ensure sharing of information between the two chambers, and to offer businessmen more understanding of the investment opportunities in Laos. It would also help Singapore firms link up with potential partners in Lao PDR to explore opportunities there.15 In addition, on 1 September 2017, Surbana Jurong Consultants Pte Ltd, Mekong Group Pte Ltd and Laos Phonsavanh Group signed an MOU to jointly pursue business opportunities in Lao PDR16 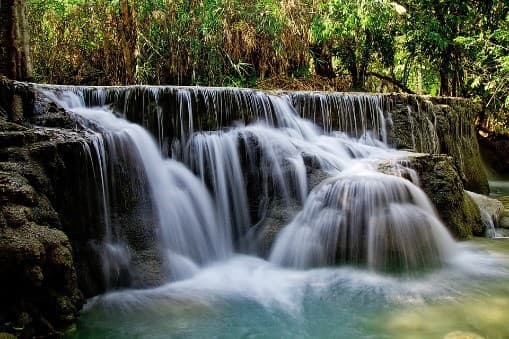 Lao PDR welcomed 4.58 million international visitors in 2019, representing a growth of nine percent over 2018. Much of the growth was due to the Visit Laos-China Year 2019 campaign. Chinese tourists alone increased by 27 percent or 1.02 million people. Visitors from Thailand, the main source of Laos’ tourists, rose by six percent while Vietnamese visitors increased by 11 percent. Tourist arrivals from the United States rose by 22 percent, while visitors from Britain also increased by 22 percent. The number of French visitors rose by 11 percent, while German tourists increased by 13 percent.17