This is a selection of resources on Gujarat available from the NLB catalogue or the Internet and is not meant to be an exhaustive list. 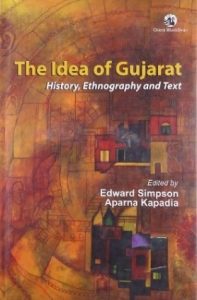 The idea of Gujarat: History, ethnography and text

This work critically examines the processes that went into the formation of the region and, in doing so, unsettles a series of conventional wisdom about the land and its inhabitants. Individual chapters explore the work of courts, colonial officers, politicians, scholars, and gods and goddesses in the making of the state. The book provides a broad introduction to the idea of Gujarat, the scope of its history, the nature of its politics, and the dynamics of its society. 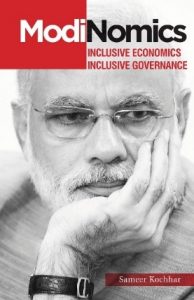 This book presents Modi’s vision and its implementation through actual field reports and case studies, highlighting his economic and development strategies. Under Modi, Gujarat stood out for its long-term vision and impeccable execution. One of the key ideas featured in Modinomics is Modi’s advocacy of inclusive economics as well as inclusive governance.

The making of miracles in Indian states: Andhra Pradesh, Bihar, and Gujarat

The Making of Miracles in Indian States studies three growth miracles in India at the state-level – Andhra Pradesh, Bihar and Gujarat. These are three of the largest and most diverse states in India and have grown at rates exceeding 8 percent for an entire decade. These “miracles” can be partly attributed to visionary leaders such as Chandrababu Naidu, Nitish Kumar and Narendra Modi. 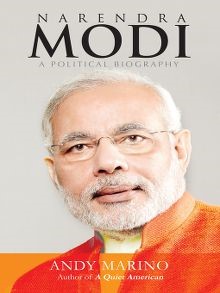 Based on recorded interviews with the enigmatic Narendra Modi, this is a balanced and objective biography that does not shy away from controversies such as the Gujarat riots as well as the state’s model of governance and development.

No cash, no worries for this ‘digital’ village

In January 2015, when Prime Minister Narendra Modi presented the nation with its first “digital village”, Akodara in Sabarkantha district of Gujarat, few realised what it would mean for its nearly 1,100 locals – a virtually cashless economy free from everyday currency hassles.

Retrieved from ProQuest Central. myLibrary ID is required to access this database.

Gujarat is one of India’s most industrialised regions and arguably its most business-friendly state. For much of India’s post-1990 economic reform period, Gujarat’s economy has grown at rates similar to the East Asian tigers. Comprising less than 5 percent of India’s total population, Gujarat’s economic development strategy has focused on cutting red tape, facilitating land acquisition, as well as providing infrastructure and public goods.

This video by Gujarat Tourism explores the beauty and splendour of Gujarat and presents its vibrant culture, industries and economy.

Gujarat: The gateway to opportunities

A highly industrialised and developed state, Gujarat is aptly named the growth engine of India. Internet connectivity in every village has made accessing government services easier than ever.

Gujarat became an economic superpower under Narendra Modi’s BJP government. It is the most industrialised state in India with an amazing spirit of enterprise.